Today is Black Friday, but there are no great deals before Christmas here.

Take a look at these examples brought in to MOT garages around the country. 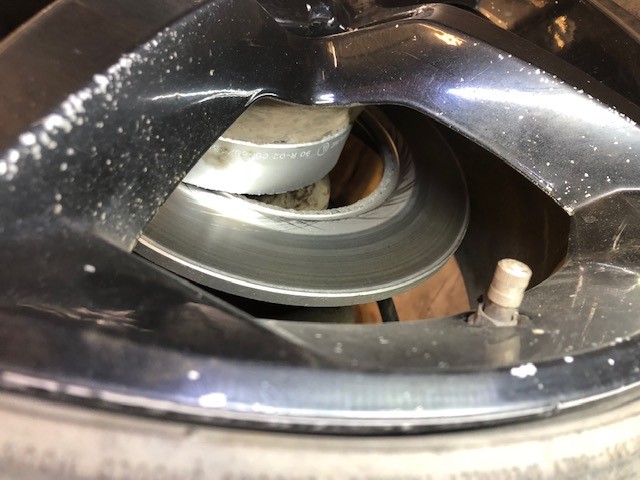 This motorist thought he’d driven a great deal, buying a set of rear brake discs and pads for £35 from a seller on an online auction site.

After fitting them himself to his Vauxhall Astra, he drove 10 miles to get an MOT.  The brake test done by the garage showed no braking effort from the nearside rear wheel, which put a serious imbalance on the rear braking of the car.

Oh, and they found the rear disc had fractured from the hub.

The tester is sure the parts were counterfeit and shows the danger motorists can put themselves in when buying from an unknown source.

Brett sent us this picture of a Mini, where the tread has lifted and separated from the sidewall.

While the tyre looked ok from the outside, even without any air pressure in it, the tester realised there was something wrong as he drove it into the test bay.

It turned out one of the run flat tyres had a ‘hole big enough to put your hand in’.

When told about this, the customer reflected that the car had been feeling odd, but they’d been driving it around for some time in this condition!  The tyre pressure light didn’t come on either so the owner had no idea there was a problem.

It’s amazing that the car could run at all.

This shows the importance of carrying out visual checks on your vehicle so it doesn’t become a potentially lethal machine. 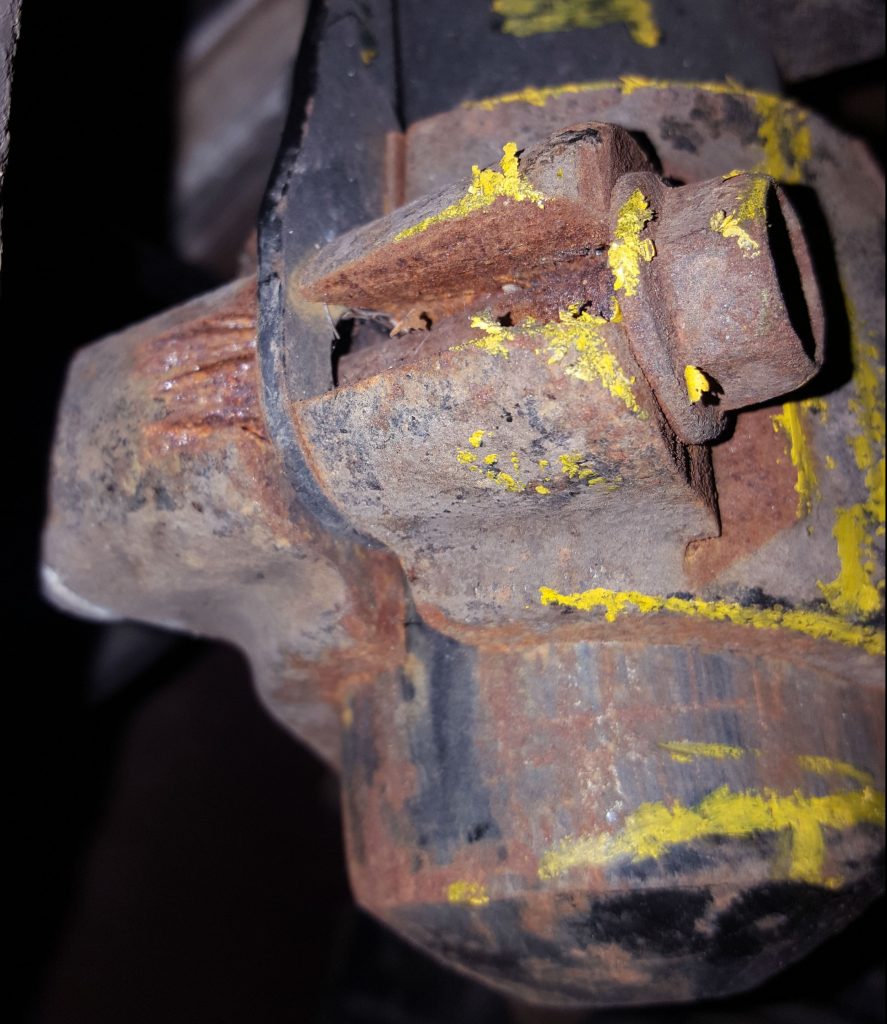 This dodgy repair to a shock absorber and wheel bearing had been done on a car before it got to Robert’s garage. The customer said a national chain were unable to MOT it.

To carry out the work, a mechanic would have needed to separate the stub axle from the vehicle.  As they couldn’t release the bolt, they cut through the wheel hub to release the old shock absorber and fitted a new one.

By sticking a nut on the other end, they hoped to fool the tester they’d put a new one in. But as you can see the old bolt is still there.

Lucky that this garage spotted the problem and made the car safe. 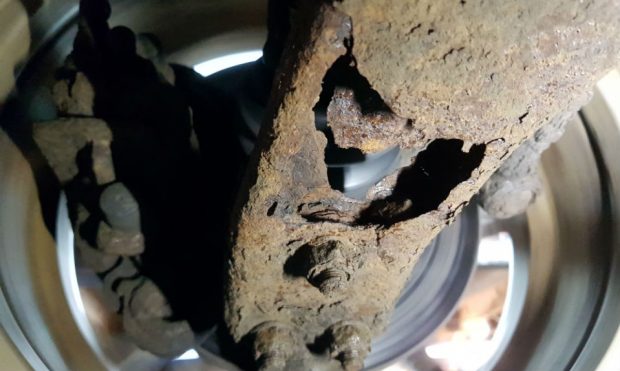 Ronald’s garage was presented with a 2005 Ford Focus for MOT.

It didn’t take him long to spot these massive holes in a lower suspension arm.

When told about it, the customer said that, where he came from he was used to just ‘taping a bank note to the offending part’.

The tester explained to him that this method wouldn't work at this testing station.

Needless to say, the car has now been scrapped.  Looks like the repairs were just too expensive!

A big thank you for sending in your stories. If you’ve tested a particularly dangerous, ridiculous or outrageous vehicle, please send your photos to socialmedia@dvsa.gov.uk, along with a brief description of what you found and what could have happened if the issues not been found on time.