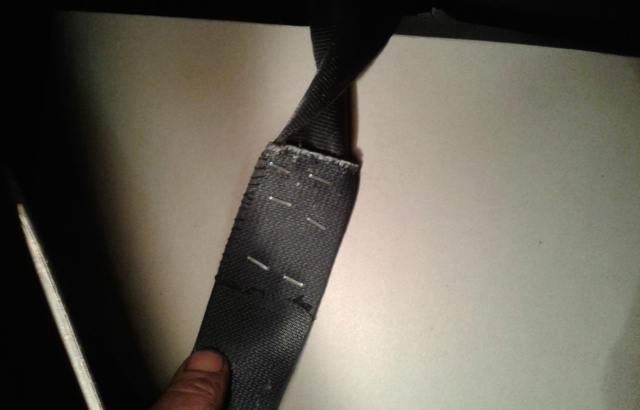 Ian, from Castlehill services, sent us this picture of a seat belt repair on a 2005 Suzuki Vitara which was presented for an MOT.

On inspecting the rear seat belts, Ian found that both outer belts had been damaged. Someone had cut out the damaged areas and stapled the two parts back together using staples only suitable for paper.

Ian said: “I dread to think what the outcome would’ve been for the passenger if the vehicle was involved in a crash.”

Both rear seatbelts on this vehicle were failed for ‘a seat belt which had obviously been repaired’ (RfR 5.2 2c).

When checking the condition of any seat belt, testers must also look for cuts or damage that obstruct correct operation of the belt or significantly weaken the webbing.

Remember to pay particular attention to areas around the anchorage, buckles and loops, which may not be readily visible.